“The solution has increased efficiency and decreased turnaround time.”

Which front-end framework to choose in 2019?

The importance of User Interface (UI) and User Experience (UX) quality and the size and complexity of web applications have grown exponentially. Along with this trend, the developers started facing problems with the synchronization between the UI and the state of the application. Writing Vanilla JavaScript or just JavaScript using libraries like jQuery or CoffeeScript became more difficult as the codebase became unmaintainable because of its size. The developers needed a new way of building web applications in a modular way, so they could focus on the real app logic, not on the synchronization of state and UI. Hence, using small building pieces (components) that can be reusable came to be of significance.

Front- end frameworks to the rescue

In 2010, the first JavaScript Front-end frameworks appeared. Backbone and AngularJS were introduced and immediately gained such popularity that many companies are still using them until now. They solved the main problem exposed above. The frameworks are providing a mechanism for automatic detection of state changes and are responsible for updating the UI to match the state.

Nowadays, we are facing another problem. Which JavaScript framework should we choose? This blog post will review the 2 most used ones – Angular and React.js, as well as the trendiest one – Vue.js.

The successor of AngularJS, Angular is one of the first JavaScript front-end frameworks. Angular is backed by Google and used in many enterprise projects of big companies like Google, Microsoft and other Fortune 500 companies.

Angular is a complete platform that makes it easy to build applications in the web. It provides the developers with powerful tools like an HttpClient, a Dependency Injection (DI) mechanism, a Router and many more.

Angular applications are written in TypeScript, which is a typed superset of JavaScript that compiles to plain JavaScript. The framework takes advantage of the TypeScript’s OOP features and encourages the developers to follow its best practices. 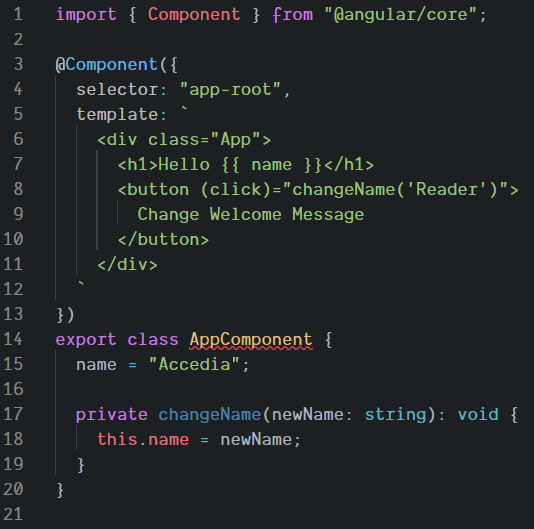 A great framework, Angular is created with medium and big enterprise applications in mind. A big application can take advantage of its component-based architecture, the dependency injection mechanisms and the rest of its features, although to master them you will need a solid knowledge of JavaScript, along with TypeScript.

For smaller applications, along with a team that is inexperienced with Angular and TypeScript, the effort to get things done may be too costly.

React is not exactly a framework as it is more like a library for building user interfaces. Created in 2013 by Facebook engineers, it was initially used for Facebook’s news feed section. Being open-sourced, React’s popularity has increased exponentially and it is used in many big companies like Facebook, Instagram, Microsoft, Airbnb, etc.

React is only responsible for the view layer, which means that it isn’t a complete MVC framework like Angular or Vue.js. It doesn’t provide built-in functionalities like Dependency Injection (DI) mechanism, Http client for making request or a router. If you opt to go with it, you will need to use third party libraries or custom solutions in order to take advantage of their functionalities.

The main building block of a React application is the component. As already mentioned, components let you split the UI in separate, reusable and isolated pieces. The components are usually written in JSX, a normal JavaScript, mixed with HTML-like code. Refer to Code Example 2.  React components could be written in pure JavaScript without using JSX, although it isn’t recommended. They could be also written using TSX – TypeScript, mixed with HTML-like code. The decision is up to you, although the favored way of doing it is by using JSX. 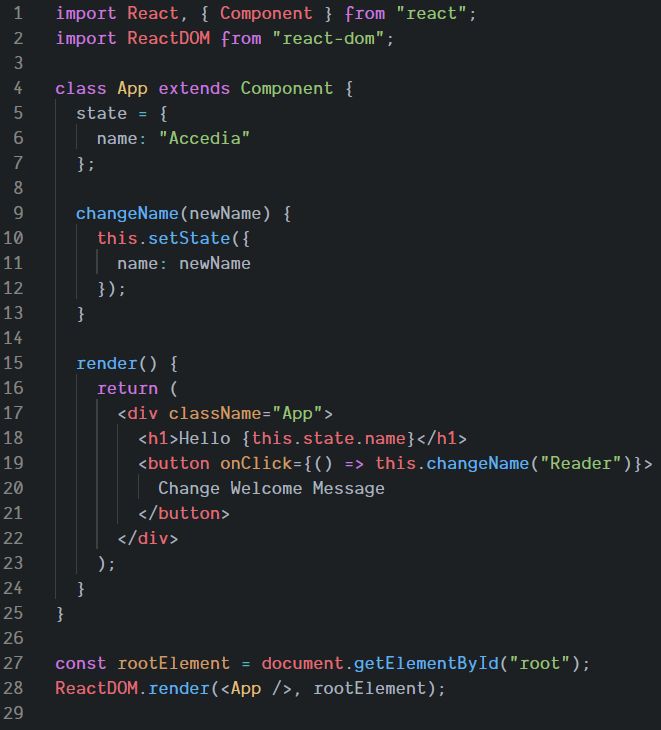 React is a good option for more experienced teams. If you follow the best practices for writing and wiring React components and make the right decisions for the 3rd party libraries that go along with React, the chance of getting a fast and scalable application is incredibly high.

When determined to build cross-platform applications, React and React Native are definitely most desirable.

Vue.js is the youngest framework among the three. The creator and current lead of the Vue development team, Even You, is an ex-employee of Google and claims that he has combined the best features of AngularJS, Angular and React.

Vue.js is an incredibly flexible front-end framework, that has almost no limitations for the developers. In Angular the developers are basically forced to use TypeScript, whereas in React you are stuck with JSX. In Vue it is up to you – you can utilize normal HTML templates just like those in Angular or you can make use of JSX or TSX. These are only a few things that demonstrate how powerful and customizable Vue.js is. 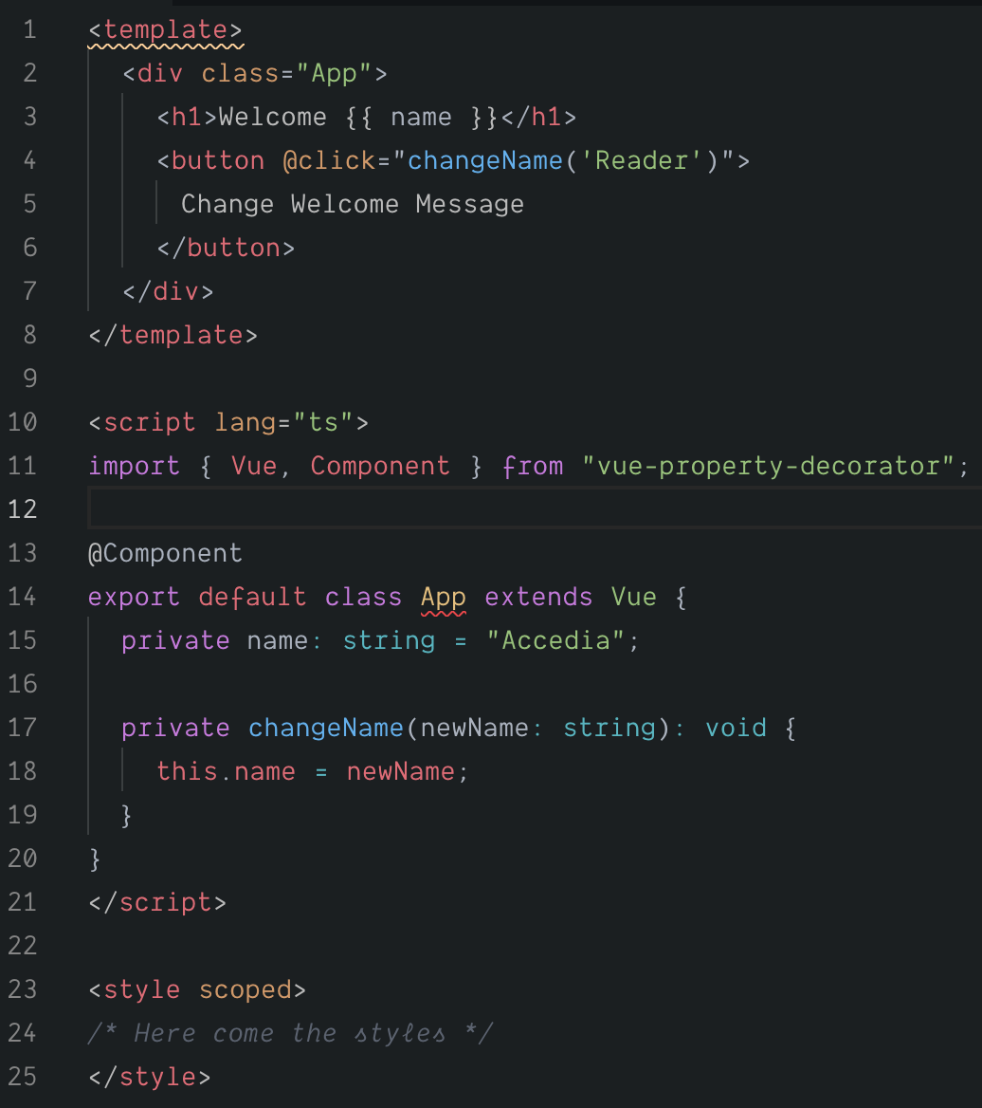 All in all, Vue.js is an incredible framework, that gives you a lot of power. The easy learning curve makes Vue.js a great choice for developers with less experience. It will favor teams that want to develop fast without the need to invest a lot of time in preparation and training. Its growing popularity among front-end developers (> 135k stars in GitHub) is a sign that Vue.js might just be the future of front-end development, so giving it a try is definitely worth it.

All the frameworks presented in this article can be used to create the same application in most cases. The tricky part is to decide which to use according to your needs and expertise. The tips below are based on my personal experience, so they might not be necessarily true in your case.

A full-stack software consultant, Boris has extensive experience with front-end frameworks like AngularJS, Angular, React and Vue.js, as well as back-end technologies like Node.js, Java and PHP.

Explore the benefits and considerations of switching software development partners to improve project outcomes and increase efficiency. Learn more in this article.

Cyber Security Threats and Risks to Look Out For in 2023

In this article you will learn about the most popular cyber security threats. We’ll provide an overview of their complexity and repercussions.

How to Build Your External Dedicated Development Team Effectively?

In a dedicated development team model, you work with an IT services company to help you realize your project idea or improve your existing project.

Any cookies that may not be particularly necessary for the website to function and is used specifically to collect user personal data via analytics, ads, other embedded contents are termed as non-necessary cookies. It is mandatory to procure user consent prior to running these cookies on your website.

Get exclusive access to company guides and resources and be the first to know about upcoming events!

You have been successfully subscribed!